Here is a backgrounder on the drug free treatment of erectile dysfunction. The story starts in the 1990s and goes back more than 100 years earlier.

It is also a very modern story of business and technology innovation to solve an awkwardly intimate problem. Erectile dysfunction (ED) affects millions of men and their partners worldwide.

He was a civil engineer, his wife a keen cyclist. They were a normal Afrikaner couple living in the culturally conservative city of Pretoria in the 1990s. People didn’t talk about things like ED.

Then, as she delicately puts it, “he started having the problem. He was a little overweight and spending a lot of time at his desk.” Being an engineer faced with erectile dysfunction, “he wanted a solution to whatever problem he was facing.” 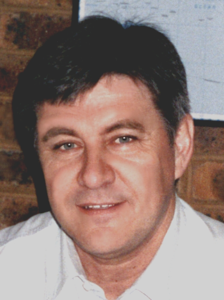 Erections require a potent inflow of blood to the corpora cavernosa (erectile tissues) matched by constricted outflow of venous blood. As a hydrological engineer, he reasoned that if the natural body was unable to push enough blood in, then surrounding the affected area with a vacuum would pull blood in to fill the relevant erectile tissue. And if the body’s ability to retain that pressure was defective, an external elastic ring could supplement the natural constriction system.

Ben started to experiment with creating a Vacuum Erectile Device that would surround the soft member with enough vacuum to suck blood in. He also figured out a particularly clever way to seat a constricting ring at its base to stop the outflow of blood, hence maintaining the erection.

Ben was not the first to think about using a vacuum to treat ED. However he might have been the first engineer to apply his mind to a practical solution. Here is the first recorded physician’s story:

“when there is impotency with a diminution of the size of the male organ, the glass exhauster should be applied to the part” – Dr John King in 1874

What Ben Bonthuys did was to produce an elegantly engineered, ultra-simple device that was comfortable to use. It is capable of creating an erection firm enough for either penile rehabilitation or sexual intercourse. The resulting erections can last safely for thirty minutes, without the use of any drugs and with no serious side effects.

Experimenting to create a marketable solution

Branded as Vacurect, Ben’s invention is lightweight, easy to clean, and operated in a way that is, ahem, shall we say – familiar to most men from the original act of self pleasuring.

It took a lot of experimenting. Unlike many urologists, the difference was that Ben had intimate experience of the problem. And he was a practical man. He wanted something of medical grade quality, yet light, affordable and waterproof. So no electric pumps would be involved.

“as a keen cyclist, I began finding that every time I had a flat tyre, I had to buy a new bicycle pump. Ben kept appropriating my bicycle pumps for his vacuum erectile device research.”

Note that it is not a requirement to use the device without ED medication. Simply, this was a motivation for Ben. Men do use VEDs like the Vacurect in conjunction with, for example, PDE5 inhibitor drugs such as Viagra and Cialis.

To market the device globally, Ben and his partner travelled extensively in the UK and USA between 1999 and 2002. He attributed their success to a shift in global culture:

“when Viagra entered the world market [in the late 1990s] for the treatment of erectile dysfunction (ED) or impotency, this topic was discussed more honestly and openly.”

Sadly, Ben passed away in 2005 and his key business partner also lost his life in 2008. With the support of a family friend and new business partner, Ben’s widow Rentia took over the running of the company. With a small team, they assemble, pack and ship the Vacurect worldwide from a suburban home office in Pretoria. Most of the parts are manufactured in nearby South African industrial areas (polycarbonate body in Krugersdorp, rubber seals in Randburg). Only the medical grade silicone rings are imported from Taiwan.

It is a remarkable small business South African success story and I am honoured to have met some of the pioneers in this process.

Business and engineering solution to very personal problem of ED

For me as a prostate cancer survivor desperately seeking rehabilitation from surgically induced erectile dysfunction, I learned about the Vacurect via an Australian website. I had been told by my surgeon to “use it or lose it.” But of course with erectile dysfunction I couldn’t find “it” to use!

First line prescription of ED drug Cialis had no discernible positive impact on me, and I was at my wits end. Then I was amazed to find a healthy, drug-free, sure-fire solution literally designed and created within a 50 kilometre radius of my home in Johannesburg, South Africa.

I had to go half way round the world to find a solution in my own backyard. 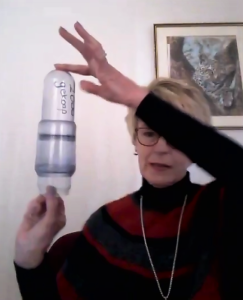 Rentia in 2021 with original prototype of Vacurect

For Rentia Bonthuys, the widow of Vacurect’s inventor, it has been a long journey to become comfortable discussing such intimate matters of male sexual function all around the world. The company now has customers in the USA, Australia, France, Germany, India and across the African continent.

When I interviewed her in May 2021, I was touched by her simple, direct, matter of fact approach to what is often an undiscussable problem. Her last words on the subject:

“When Ben started with all of this (and kept appropriating my bicycle pumps for research) I was not that excited. I suggested he should stay with his civil engineering profession. But actually he created a solution for hundreds of thousands of men and couples suffering ED around the world, and a livelihood for me after he passed away.”

To buy a Vacurect device, find the supplier in your area